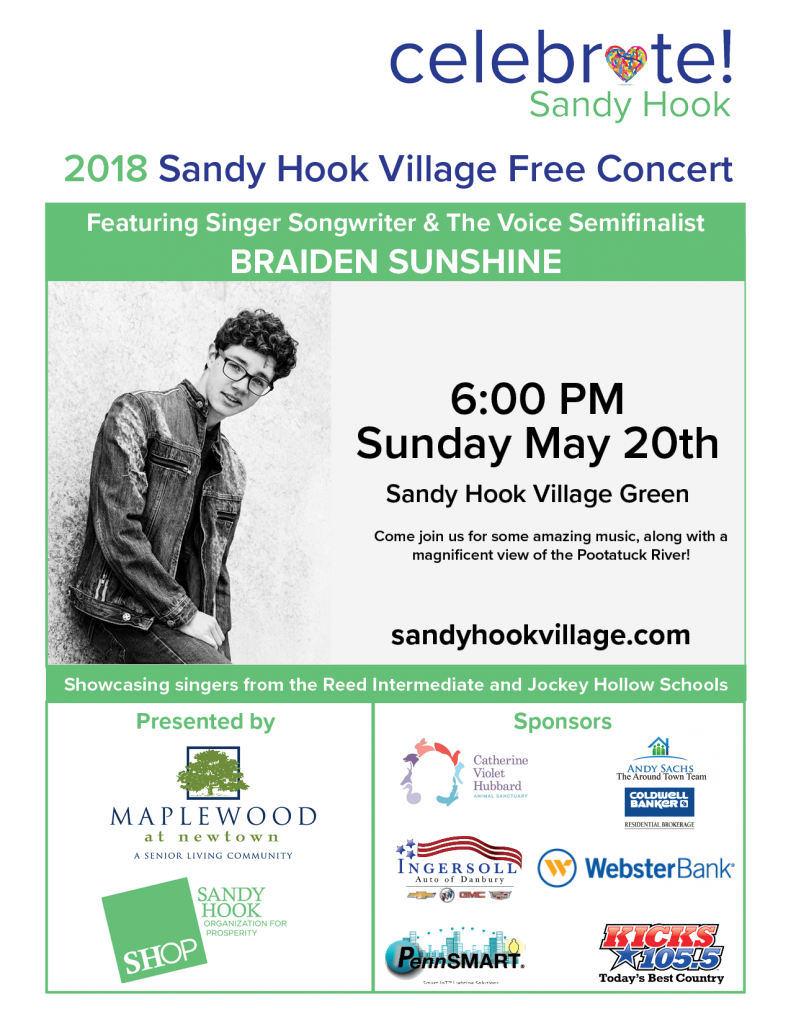 THIS WILL BE HELD RAIN OR SHINE

Braiden Sunshine is a 17-year-old Singer-Songwriter, performing musician, and car enthusiast with a taste for pop, rock, and blues.

2015 fan favorite and semi-finalist on NBC’s The Voice, Braiden Sunshine is not new to the spotlight. Braiden got his start in music at a very young age. At five years old Braiden began singing in his church choir before quickly moving on to join forces with other like-minded/talented musicians and releasing their self-titled debut in 2012.

In late 2013, Madison Red released their follow-up “Middle Ground” which quickly catapulted Braiden and his talent to a much larger stage. Over the next few years, Braiden continued his passion for music as he embarked out on his own solo path playing up and down the east coast and opening for national artists such as Huey Lewis and The Blues Traveler and capturing the hearts and ears of a much larger audience.