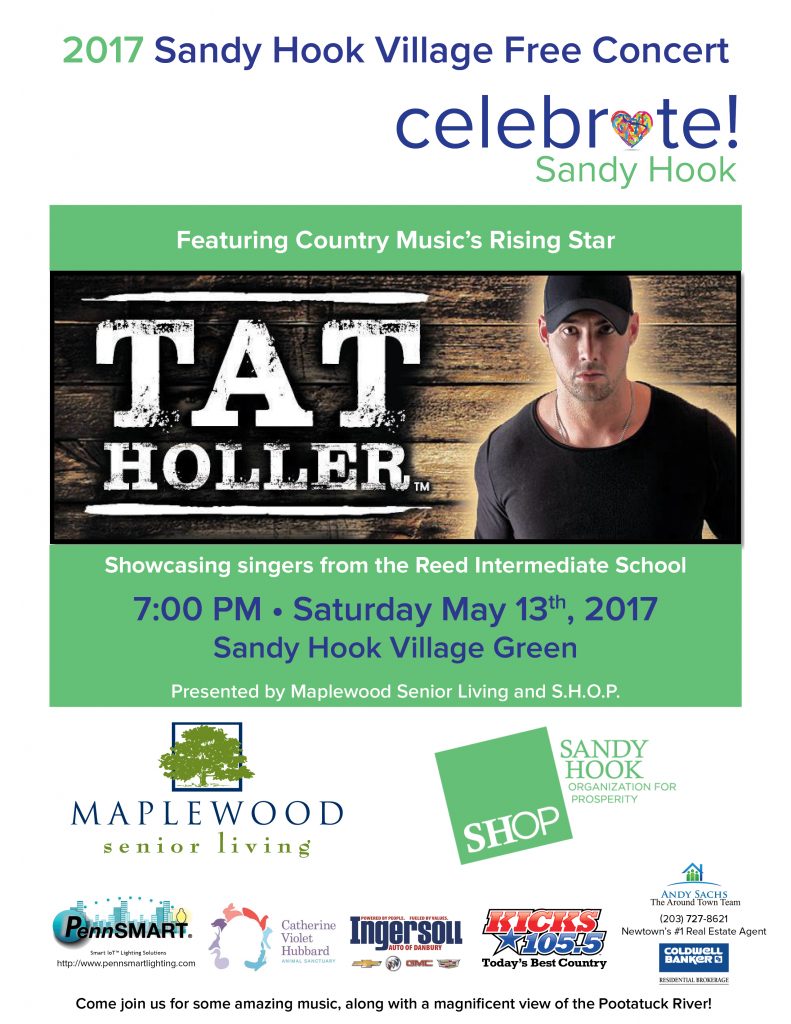 THIS WILL BE HELD RAIN OR SHINE

Country Recording Artist, Tat Holler travels frequently to Nashville to write with some of the top musicians, writers, and producers in the business.

Tat Holler has been performing his own music for years, “I’ve been singing and playing guitar since I was old enough to stand.” He has recently put a band together to bring his music to larger venues and crowds all over the East Coast.

Since beginning the band in the Summer of 2013, Tat has been taking the North Eastern country music scene by storm as his audience grows larger and larger with every show!

Tat has recorded a few of his own original songs such as, Sweet Lil’ Tennessee, Let Me See That Tattoo, I Do, Overdrive, What About Us, Let’s Truck and many more! He also has a professional music video for the hit single Sweet Lil’ Tennesee, which was created by Blackhole Films in October of 2013.

To learn out more about Tat Holler and to listen to his music go to: www.tathollermusic.com